Jorijn Neyrinck (Workshop intangible heritage Flanders) continued with a brief introduction on the Intangible Cultural Heritage and Museums Project (IMP), to which this International conference connects. IMP wants to explore the variety of approaches, interactions and practices on intangible cultural heritage in museums and investigate how museums can play a role in the safeguarding of these living heritage practices, by working together with its practitioners in this process (read more about IMP in the ‘about-section’). IMP does this by inviting people from throughout its five partner countries (The Netherlands, Belgium, Italy, France and Switzerland), to share their experiences, successes as well as the obstacles they have encountered.

Keynote on ICH, museums and participation

Janet Blake (Shahid Beheshti University, Tehran) presented a keynote titled 'Examining the Role of Museums in Taking a Participatory Approach towards ICH Safeguarding'. After introducing key concepts of the UNESCO 2003 Convention for the Safeguarding of the Intangible Cultural Heritage, Blake discussed the shift from an object-centred paradigm to one that celebrates living heritage and the processes associated therewith. Blake discussed the challenges related to community participation in the different safeguarding measures that can be undertaken. Based on a screening of the Periodic Reporting by States Parties to the 2003 Convention, Blake found out that museums are pivotal actors in helping to integrate intangible cultural heritage into society and policies for sustainable communities. However, museums need to be able to expand their range of activities and re-consider their role within the local society and how they engage with local communities and groups. According to Blake:

Additionally, Blake reported the following challenges in harnessing the role of museums:

Blake stressed that finding new ways to present and interpret ICH in museums is part of a wider movement towards a more community-based and less elitist conception of the museum, and provided an overview of some concrete inspirational examples: Mohács museum and craft house in Hungary, the Open Air Museum in Hungary and the Gilan Rural Heritage Museum in Iran.

The International conference proceeded with five presentations from museums that work on intangible cultural heritage.

Four Italian practitioners were invited to talk about their previous collaboration with museums:

Based on the earlier presentations from the five museums cases from Belgium, The Netherlands, France, Switzerland and Italy, participants were asked to come up with recommendations during a workshop. They were asked to look for answers to the question: How can museums and practitioners of intangible cultural heritage work together in a successful and sustainable manner?

The expertise of Lauso Zagato (Ca’ Foscari University) lies in topics such as human rights and humanitarian aspects of heritage, UNESCO conventions relating to peace and on the Council of Europe Framework Conventionon the Value of Cultural Heritage for Society (Faro 2005).

Zagato explained that the ratification of the 2003 Convention on ICH was not wholly enthusiastically received by anthropologists in Italy. They were afraid it would contribute to the ‘freezing’ of heritage. Zagato applauded the work of the museums that were present during the conference, who have provided evidence of the dynamic linkages that do exist between museums and intangible heritage.

He further pointed to the fact that national laws are necessary to be able to implement international conventions, such as the 2003 UNESCO convention on intangible heritage. These laws clarify these conventions and make their implementation possible. Zagato conluded that intangible heritage should be seen a specific human right, based on texts and dialogue between texts. Cultural rights are collective and belong to communities and groups, according to him.

Click here to proceed to the report of the Expert meeting on intangible cultural heritage, museums and participation. 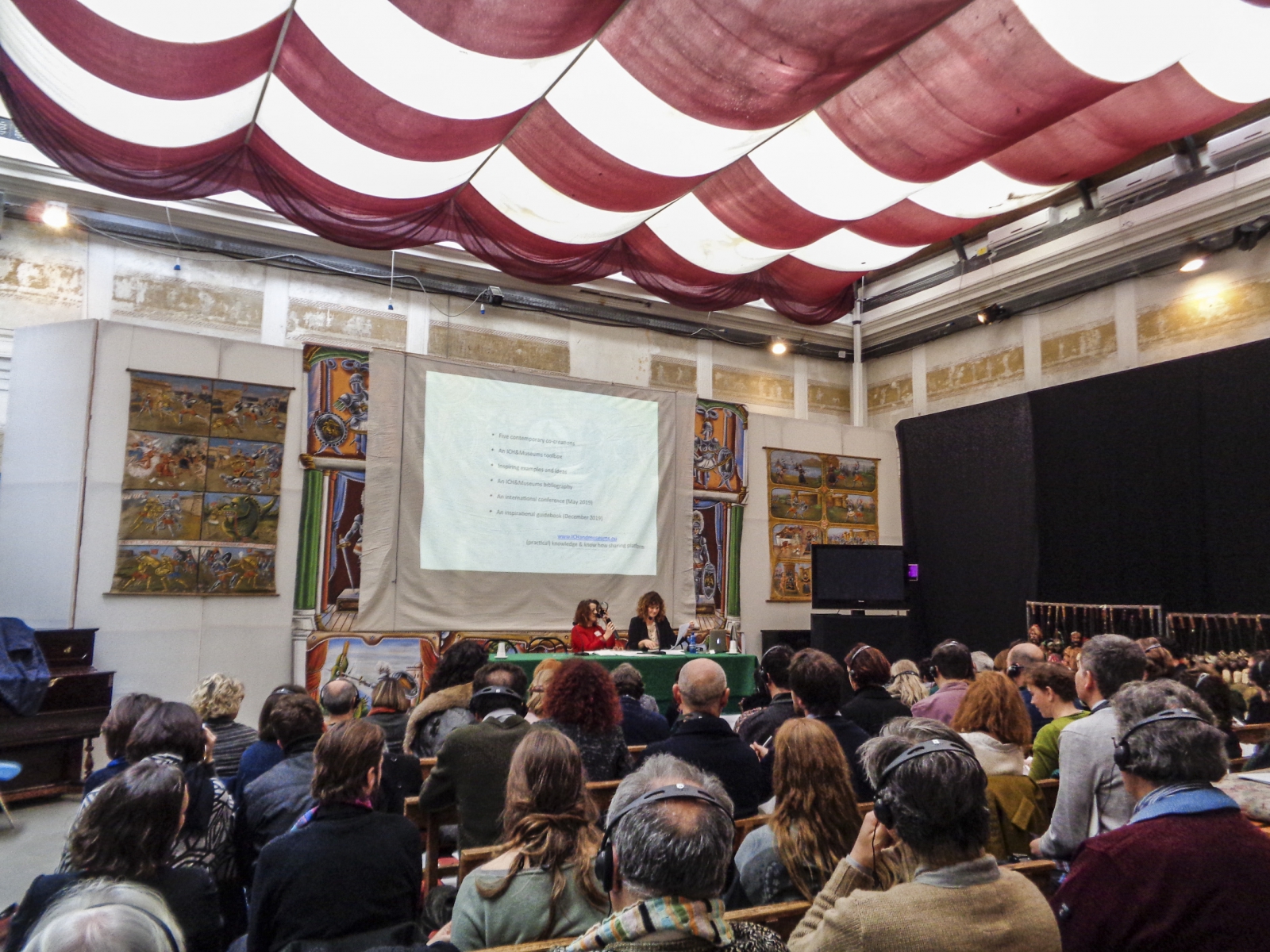