Leo Adriaanse, head at the Dutch Centre for Intangible Cultural Heritage, welcomed the participants of the International conference: a mix of Dutch museum professionals and a group of around twenty museum professionals from Italy, France, The Netherlands, Switzerland and Belgium that were also invited to attend the Expert meeting on November 8 (you can read the report of the Expert meeting here).

Jorijn Neyrinck (Werkplaats immaterieel erfgoed) continued with a brief introduction on the Intangible Cultural Heritage and Museums Project (IMP), to which this International conference connects. IMP wants to explore the variety of approaches, interactions and practices on intangible cultural heritage in museums and investigate how museums can play a role in the safeguarding of these living heritage practices, by working together with its practitioners in this process (read more about IMP in the ‘about-section’). IMP does this by inviting people from throughout its five partner countries (The Netherlands, Belgium, Italy, France and Switzerland), to share their experiences, successes as well as the obstacles they have encountered.

Keynote on ICH, museums and diversity

Dr. Marilena Alivizatou (University College London) gave a keynote on how the ‘museums and intangible heritage discourse’ has evolved over the last decade. After an introduction to the main principles of the UNESCO 2003 Convention, she discussed the shift from a protectionist discourse toward a discourse of ‘safeguarding’ (among others recognizing change and renewal as fundamental characteristics of this type of heritage), and stressed the need to involve the collaboration of multiple stakeholders and local communities in this process. Alivizatou sees safeguarding at the heart of contemporary museum practice, and not as a separate activity, when she aligns ICH safeguarding activities (identification, research and documentation, promotion and enhancement, …) next to core museum activities (acquisition, curation and research, exhibitions, …). According to Alivizatou, safeguarding intangible cultural heritage in museums requires furthermore a people-centred and participatory museology:

Superdiversity is a reality as well as a challenge in the 21st century: societies are changing faster than ways of thinking, analysing or governing and we need new frameworks for, among others, research and policy. Moving beyond ‘us versus them’ discourses is another prime challenge.

The 21st century will become even more diverse than it is now, which means there is an urgent need for interculturalisation (i.e. that all aspects of society, like education, service and health care and communication, should be more aware of the multiple identities and cultures between people and make that the starting point of the work they do). And also for developing empowering and divers-sensitive ways of thinking, in the cultural sectors and within the UNESCO as well. Museums (and other cultural organisations) should move away from giving ‘some special attention’ to diversity, towards being organisations where superdiversity is part of the core of the organisation and its policies, according to Geldof. (Heritage) organisations should move beyond static and essentialising (or essentialistic) approaches of culture, and should approach (intangible) culture as dynamic, emphasising superdiversity, hybridity, mixity more strongly. Geldof pleas for more attention to co-creation, including dialogue and debate, within intercultural teams.

See PPT - Watch video (on demand only via info@ICHandmuseums.eu)

Following these two keynotes, that acted as the framework for the rest of the International conference, five museum professionals were invited to elaborate on their own experiences on approaching diversity in society through intangible cultural heritage in their museum practice. The session was chaired by dr. Hendrik Henrichs (University of Utrecht - NL).

After these five examples from museum practice on intangible cultural heritage in the Netherlands, Switzerland, Italy, Belgium and France, four practitioners of intangible cultural heritage from the Netherlands were invited to elaborate on their past, or aspired, experiences of working with museums in the process of safeguarding their heritage. What was their cooperation about? In what ways did it help safeguard their intangible heritage? What questions, needs and wishes would a museum be able to help them with? And what possibilities and threats did they encounter or foresee?

The two intangible heritage practitioners who work together with museums are positive about the collaboration. They see an extraordinary possibility to safeguard their intangible heritage by working together with museums because museums reach a lot of people and are experienced in communication. They advise to take time for conversation with the museum partners so that one can get to know each other and each other’s aims profoundly.

Watch video of the group conversation 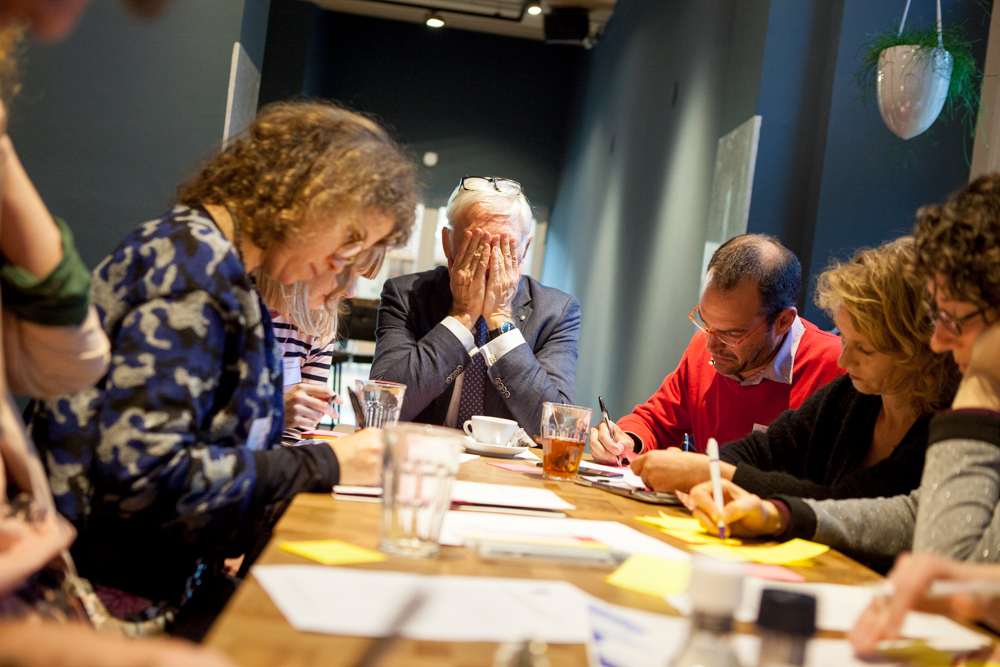 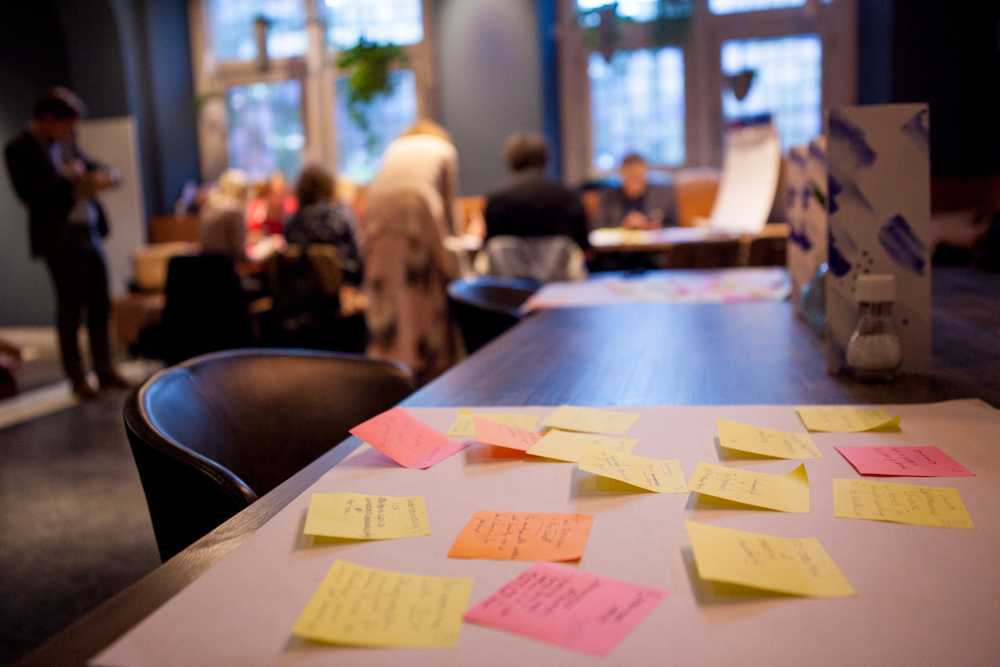 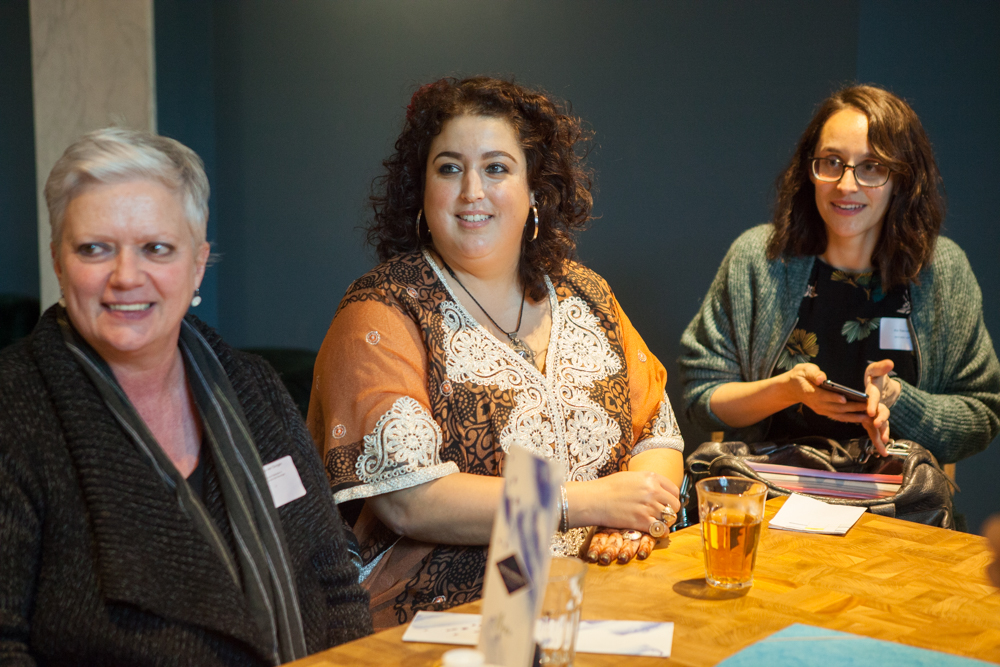 The participants were subsequently divided into working groups to map strengths, weaknesses and opportunities for museums approaching diversity in society through intangible cultural heritage. Some examples that were gathered:

In his concluding observations, Marc Jacobs (FARO) mentioned that a lot of ‘CO-words’ were used during the day, as alternatives or solutions to challenges that museums face in relation to intangible heritage (and diversity). Words like co-creation, co-production, co-collecting, contactzones, co-existense. Next to his suggestion to work on the topic of ‘boundaries’ and 'boundary spanning' (cfr. studies in the social sciences, anthropology, ...) when talking about intangible cultural heritage, Jacobs stressed the need to pay attention to talk about ‘communities, groups and individuals (CGIs)’ in relation to intangible heritage, and not only about ‘(local) communities’. Jacobs concluded by suggesting that museums should think about positioning themselves in the community, and that this could make a big difference for safeguarding practices.

Click here to proceed to the report of the Expert meeting on intangible cultural heritage, museums and diversity.

Please inform us whether you might have objections to the contents of the video recordings or if you do not wish to be portrayed.